Just writing a book is hard enough, but publishing it is a very complex process! So Amy has a special team of helpers who play a big part in getting the latest installments of the Guardian Heart Crystal, Obsession and Blood Bound series ready for all of her fans to read and enjoy!

K.B. Stanford is a freelance self-published author of short story chapter books for young readers. K.B.’s books can be found on Amazon.com, Barnes&Noble, Books-A-Million, etc. She is the website administrator who helps make sure that the everything looks just right before any website updates are made available to the public. 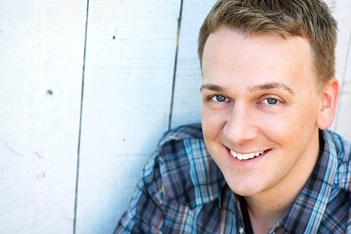 Jeff Bower was born and raised in the small city of Auburn, New York. He has come a long way since his theatrical debut as Farmer MacGregor in his Kindergarten play of Peter Rabbit, but his love for acting has remained strong.
Jeff received his BA in Mathematics from SUNY Binghamton and his MFA in Acting from Florida Atlantic University. His thesis role of Joshua in Corpus Christi, written by Terrence McNally, caused quite a stir, culminating in the Florida State legislature nearly stripping FAU of sixty million dollars in funding.
Upon completion of his degree at FAU, Mr. Bower spent a year as a full time company member with the Cincinnati Shakespeare Company before returning to south Florida.
Mr. Bower remained in Florida for seven years, where he was a founding member of the faculty at G-Star School of the Arts. He eventually became chair of the Theatre Department and helped create the curriculum and the award winning standard still carried out by the school to this day.
Jeff stayed active and busy as a professional actor over this time, appearing in numerous independent films, commercials, and over twenty-five theatre productions. Rude Mechanical Productions (or RMP for short) was a resident professional theatre company of which Jeff was a co-founder and served as Artistic Director for five years. During that time he was an integral part in all fifteen productions the company produced.
A number of his independent films went on to great success; 2005 Best Actor Award at the Palm Beach International Film Festival: Local Voices of Film for his role in the short film, Pissed, 2007 Best Picture/Best Screenplay at the Palm Beach International Film Festival: Local Voices of Film for his work in the short film, Driver Seat, 2006 3rd place finish at the E-Incubator Competition for his work in the short film Feenix 4 X 1,000.
In 2010, Jeff and his wife Ivelyn sold everything they owned that wouldn't fit in their car, packed up their two cats and drove across the country to Los Angeles, California, leaving his years of teaching behind to focus on becoming a full time actor.
CREDITS:
Completed projects available on audible.com, Amazon, &amp; iTunes
Marines (Crimson Worlds I)
by Jay Allan
Cost of Victory (Crimson Worlds II)
by Jay Allan
A Little Rebellion (Crimson Worlds III)
by Jay Allan
The First Imperium (Crimson Worlds IV)
by Jay Allan
The Line Must Hold (Crimson Worlds V)
by Jay Allan
To Hell's Heart (Crimson Worlds VI)
by Jay Allan
The Shadow Legions (Crimson Worlds VII)
by Jay Allan
Even Legends Die (Crimson Worlds VIII)
by Jay Allan
Fuckness
by Andersen Prunty
Wish on the Moon
by Karen Rose Smith
Together in Darkness
by Sloan McBride
The Fury (Time Walkers)
By Sloan McBride
Windigo Soul
by Robert Brumm
Petroplague
by Amy Rogers
Phantom / Other People's Shit
CV Hunt
A Pinstriped Finger's My Only Friend
by Robert T. Jeschonek
Fuck That, It's Your Classroom!
by Jeff Bower
Driven
by JT Craig
Growing Up When Times Were Simple
by Rollis Fontenot Jr.
My life, a life story of a man infected: A Man's Life before and after HIV (Volume 1)
by Mr David H Donahue
High School Freak 1 and 2
by Aaron Grunn
Full Acting Resume available at
www.castjeffbower.com
AWARDS AND RECONATION:
WHY ME, GOD, original sitcom pilot selected as a quarterfinalist in the PAGE International Awards
BABY NOT ON BOARD, original sitcom selected as a notable project by Amazon Studios and a finalist at the iO West Pilots Live! competition
My adaptation of PERICLES was published by Samuel French, Inc in 2007
2007 Best Picture at Palm Beach International Film Festival
3rd place Finish at 2006 E-Incubator Film project
2005 Best Actor Award at Palm Beach International Film Festival
R. K. Melton

Regina K. Melton resides in beautiful Southwest Florida, home of the most beautiful beaches in the world. She works as a reservations agent for a resort chain in the area and when she’s not at work she can often be found writing.

Most of her teenage and adult years have been dedicated to writing, constantly striving to better herself in the art. After befriending Amy Blankenship a few years prior, the two formed a strong friendship and partnership.

Regina currently helps Amy with ideas for their book collaborations, and also helps with some of the fan based emails.

Katelyn Christensen is the artist for the Author House publications of the Guardian Heart Crystal series. She is an amazing and very dedicated artist and we are very lucky to have her doing art for the series. Her ability to give life to our favorite characters through drawings goes beyond our wildest imagination.

To view more of Katelyn's artwork, click here to visit her deviantART page.